99.9% of match ticket applications now come in by e-mail – peter@leachweb.co.uk – which actually makes applications easier to keep track of and is my preferred method.
The ESCLA phone line has been discontinued but members may call me on  my regular phone – members will find the number on their membership cards – given there are now so few phone calls, calls are no longer restricted to set times  – members wishing to phone may do so at ANY time ( the first comedian who tries me at 3 in the morning will be liquidated).

So that was season 2021/21 and we hope to never see the like again in our lifetimes.

We hope all our members have made it through the pandemic without loss of family members or friends, but to any that have lost someone we extend condolences.

ESCLA like the rest of the country more or less hibernated but well done to Barry on getting out some newsletters. We hope that 2021/22 will see the return of some social functions, the football team etc.

We look forward to next season, full grounds hopefully, and the odd ESCLA social.

Wishing you all a good summer – Pete for the Committee.

Current members will have their membership extended to the end of Season 2021/22.

No membership subs will be due from current members in recognition of the lack of ESCLA events and activities during lockdown.

I hope we are all well during these dark days. Its a very strange time for us all and know one really knows what the future holds.
I myself have been quite ill, lost some weight and been through a tough times.
Thanks that Im through the worst and now fighting fit.
I expect we all have stories like that? friends family? I send my love and best wishes to you all, dark days indeed.
So, the Howards Way filming was a huge success. Graeme Sharp was wonderful and stayed right to the end chatting and getting in 100s of pictures.
Rob Sloman the producer/director of this fantastic film also stayed quite late. He had a lot of input from the film from ESCLA members he mentioned. If you made it to the filming, I hope you enjoyed your time.
Big thank you to Rob Fisher who hosted us all in his new pub the Fitzrovia Belle in Tot Ct Road.A fantastic after drink party which I don’t remember leaving.
Also our friend Michael Cullen made it to the filming and had a few lovely words to say.
Speedo Mick as he is better known spoke about his huge 1000M walk which raised over half a million pounds for charity.This was an amazing achievement considering he started in darkest coldest Scotland in December. He must have a million stories of his jaunt, and I cant wait to read them when he starts his book. I say when, I don’t know if any publishers have thought about approaching him about writing one, but for the last 5 yrs that I have known Michael, everytime we speak I think I want to read all about this journey you have had.
He has been in some really bad moments in his life, yet turned it all around to be this enigma of a man that feels no cold, and has a heart bigger than Merseyside.
Anyway more on Mick as the year goes on. I have a feeling he will be winning some awards this year, and hopefully ESCLA and other official supporters clubs around the country will look giving Michael his very own special supporters club membership.
if you want to watch the Howards Way film. You can pick it up on Amazon as a download. I think you can also get the DVD on there.
Please make sure you drop a nice message once you buy/rent it . The more stars the film gets, the more it stays near the top of the charts.
https://www.amazon.co.uk/Everton-Howards-Way-Neville-Southall/dp/B07WYC31QB
So, the Football Supporters Darts League And Football Supporters Football Leagues have been cancelled for the 2019/20 season.
Everton 2nd in the Football Supporters League just behind Brighton,  and top of the Football Supporters Darts league Division 2.
A decent cup run looked on the cards after beating last years dart winners Sunderland quite comfortably earlier in the season. Man Utd were to be our next darts cup match, but this will not now happen.
We cannot carry on with much more serious issues of health and jobs getting in the way of our social times. But the Football Supporters team are particularly upset as they were riding high in the league and cup. In the bigger scheme of things, it doesn’t really matter.
The football league is 40 yrs old in a few weeks, I was hoping to set up some kind of event with ex-players and an FA guest(Im also league chairman) but sadly this will not happen till sometime later this year now. More news as I get it.
Back to the Premier league.
Of Course Liverpool winning the league was but a formality, it won’t happen now I feel. I’m not really bothered anymore, people are dying and the country is in a state,
I do feel sorry in a small way, but in another way I just don’t care.
Everton have a great new manager, we are all excited for the new season, the only way is Everton, or TOWIE as some say.
The season will be over very soon, I can’t see why the FA has not already finished it. Next years European places will be a sticking point, too many questions not enough answers. I feel for the small clubs back home, Accy Stanley, Runcorn, Prescott, CoLFC and more. Can they survive? I hope the bigger clubs give them some friendlies to try and keep them clubs afloat.
Well that’s all from me really, I just wanted to drop a line and say hi to you all and ESCLA are thinking of you.
We have twitter a account which Peter looks after, and new news will be on the website as it happens.
This years AGM may well be carried over, the committee will be looking at that as and when we can.
Please be safe.
Best wishes
Rob
Social Sec.
ESCLA
ESCLA official twitter account
@ESCLAnews
Robs Twitter account
@ESCLA1975
http://www.escla.org.uk/wp-content/uploads/2016/07/logoESCLA-369x100.png 0 0 Pete http://www.escla.org.uk/wp-content/uploads/2016/07/logoESCLA-369x100.png Pete2020-04-02 12:26:402020-04-02 12:26:41ESCLA News Update From Rob. 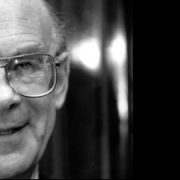 The Committee is pleased to announce that Rob Madigan has joined the Committee as Social Secretary. Rob is the Manager of the Horseshoe Pub in Clerkenwell – 24 Clerkenwell Close, London EC1R 0AG and is keen for the pub to be the social centre for ESCLA events. The pub shows live TV games and is open Monday to Friday and most Saturdays, especially if Everton are on, including this Saturday for the Chelsea game, so pop along and introduce yourself. The pub is not open on Sundays. Rob will be e-mailing members in the next few weeks to fully introduce himself.

Goodison 1922 – Notice the old Gwladys St terrace with houses at the back and also the old Bullens Rd stand. (Thankyou Jim Gore for the photo).

Long time ESCLA member Jim Gore sent me a link to some great aerial views of Goodison taken in 1938, I was going to post them here but I’m not sure about copyright issues (English Heritage/Liverpool Echo) so instead here is the link to where you can view them – http://www.liverpoolecho.co.uk/news/nostalgia/walton-above-amazing-pictures-1920s-7682585

Hi, I’m an Evertonian living in London. Work commitments make it difficult to travel to most games, but I was wondering if there is a pub in London that shows the Everton games which aren’t on Sky, that you could recommend? Cheers, Neal